very brief thoughts, which I may or may not fill in later:

I tried out the open beta weekend for The Secret World (TSW) last weekend and preordered it. (Join me on the RP server. I’m Mcdanger.) And this week I’ve been playing the 7-day free trial of TERA.

Some things I liked about TSW:

END_OF_DOCUMENT_TOKEN_TO_BE_REPLACED

Like Loading...
For a game design class I’m taking this summer, we got into groups and are designing a Facebook game. We decided early on to use an idea I had (inspired by Cow Clicker) about spoofing the farming in MMOGs since many FB games are pretty much repetitive farming, too. Each of us were then to write a short one-page concept which we’d aggregate together into one idea. This was my pitch to the group.
(Turns out no one else from my group wrote anything. Frikkin undergrads. While a few of them have been helpful in brainstorming, I’m appalled at the lack of work coming from the rest of my team. They don’t seem to realize I’m defending my dissertation in less than a week! How is it that someone who’s not even taking the class for a grade is doing most of the group work?)
MMOG Farmer
High concept: Playing a busy-work game in Facebook generates credits that can be transferred into external non-Facebook games where grinding / farming is needed to level-up or craft items. Instead of wasting precious time grinding / farming at home in the MMOG you care about, you can grind at work or school and stay productive during the down-time away from the MMOG. MMOG Farmer is meant to be tongue-in-cheek and self-aware of the genres it mimics, yet, at the same time, be a viable, enjoyable experience. Essential theme: This game captures the feeling of time-dependent repetitive grinding / farming found in MMOGs *and* Facebook games. The actual visual theme doesn’t matter so much, and we will allow players to skin the game from two choices: generic fantasy to space epic (e.g., WoW to Eve Online).
Player representation: Players create a character or avatar to control, choosing from several archetypes from a wide range of genres. These could come from more genres than just fantasy and space, and part of the appeal is juxtaposing someone from one genre with either the fantasy or space backdrop.
Player action: Comes in two forms:
Look: The visual look is modeled after games like The Legend of Zelda: The Minish Cap. In other words, it’s a top-down 2D grid-based game. Movement is turn-based modeled after rogue-like games, especially Desktop Dungeons (http://www.qcfdesign.com/?cat=20). 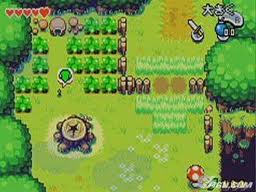 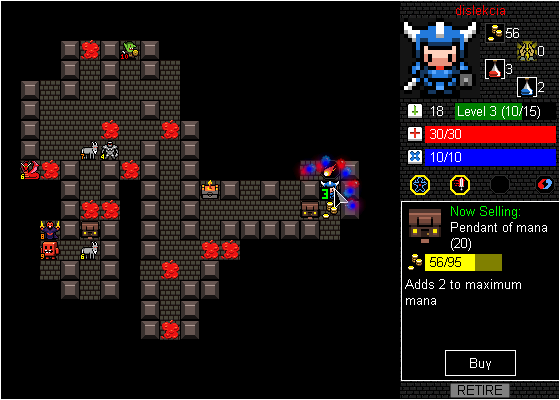 Raph Koster (MMOG developer, author of Theory of Fun for Game Design) is relatively prolific on his blog. Today he has a post about a post from a forum where the poster says a recruiter was told to avoid WoW players:

On the 15th I went to the In the Game workshop and then dinner party afterwards. I’ll skip that and go straight to the conference which started on the 16th, but here’s a photo of my breakfast spread. 🙂

Refugees of Uru would evaluate different VWs and games as possible places to migrate to.
They used the same identities from place to place incl. clothing/avatar appearance.
They also recreated architectural artifacts (like the fountain, the common hub for the game Uru) to keep cultural artifacts and continuity in space/place.

It was the loss of Uru that led to the creation the identity/community.

More info on Celia and her research can be found at http://cpandfriends.com/

Unfortunately, Emily was a no show.

Not in so many words, but essentially, I think Luca is saying that shared goals are sometimes in conflict with individual goals, which is something I’ve been thinking a lot about as I write my expertise and socialization paper.

Luca claims that guilds are not fluid and getting in and out is difficult.

[Mark]
I don’t think that is true for all guilds… not true for many guilds in fact, or maybe just on my server?
Also, he conflates guilds with raiding! Why do people still do this? Did I have a completely abnormal server?
In my experience, people might have to go through some sort of application process but to leave a guild (breaking up friendships, aside) is actually quite easy.
[/Mark]

Luca then the use of tools to manage time and to lower downtime such as calendars, etc.

How conflicts are resolved: Hirschman voice/exit concept -> when conflict happens you talk and then /gkick as last resort.

gkick is a form of power

[Mark]
He didn’t cover conflict management in detail but just 3 ways to leave guilds.
It would be more interesting to talk about the tension between personal and group goals. Then also talk about specific motivations for leaving or staying. What is compelling about staying that people put up with drama? Do some players recognize that management and work is needed for the labor of fun?

Also, he didn’t show us anything from outside of the game. Isn’t there a whole social economy that affects power dynamics and reputations?

I thought what he covered is basically was very superficial, but maybe it’s a language barrier…
[/Mark]

Mia Consalvo
Where’s my montage? The performance of hard work and its reward in film, tv, and MMOGs
Mia and her students were in a seminar that did an exploration of what a Unit Operation is (from Bogost).
A “unit” is a building block, and each medium uses a different procedural rhetoric to express them.

[Mark]
I see units as genre conventions that have certain qualities and attributes that can be expressed across media.
[/Mark]

They used the “hard work is rewarded” unit and tried to see how it is expressed differently in different media.

montage in films = (bypassing) grinding in games, etc.
montage is done by cutting/pasting in films, cheating in games

[Mark]
Roger (who was sitting next to me) makes a good point in that there’s a performative act while playing games that is different than in other media. Does that make comparing texts harder to do even if a common unit can be found? In other words, the expression depends on the actions of the player, not just the author… and different players might do different things such that the unit is fungy.

Also, what operations are happening between units that are making unique or maybe not unique meanings to players? I thought Ian’s emphasis was not the unit but the various combinations and connections and networks they created and related to each other.

For a static text, units operate with each other and create a narrative meaning. For games, it seems like it is much more emergent and that specific units might not surface for all players.

Most of the questions about Mia’s talk came from niggling about the the content of the unit (grinding and montage) and not the concept of the unit. Ah well…

Total aside, wouldn’t it be great if Blizzard announced to everyone that we’d all be moving to a different, better game without all this crap grind?
[/Mark]

Scroll down to GeoLife.  The first thing I thought was that this was like combining quests in WoW and then using an addon like TourGuide and TomTom to show you waypoints for each of those quests…  Hmm… maybe GeoLife can be modded to allow you to gain XP for each errand…

Oh, and by the way, Android is cool. Can’t wait to see what all is out there by the time my current phone contract ends!